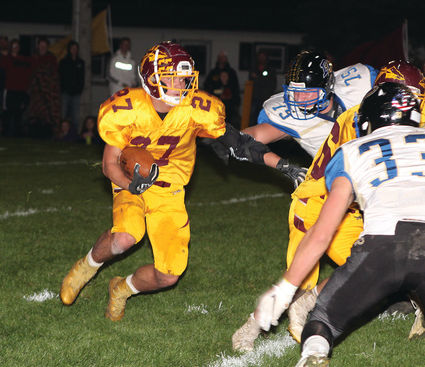 Jason Hermann cuts back into the hole.

That disrespect found its way to social media this week as the Blackhawks had to hear how they wouldn't win a game the remainder of the season and other such insults, some thinly disguised as prognostications.

"I think you approach it like any other game," Stockton coach Jesse Snyder said a...