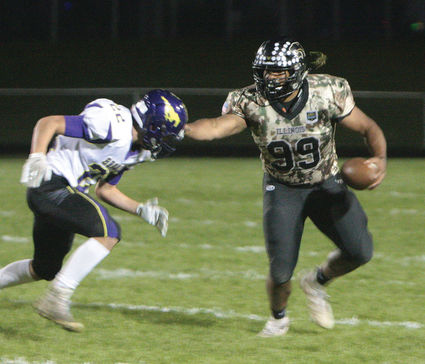 Area fans who were looking to see Lena-Winslow stud Isaiah Bruce Friday night could be excused if they found that difficult. Part of the problem would have been that the Panthers donned special camouflage uniforms courtesy of the Army National Guard.

"I sent an email blast to the 22 schools in my district and (Coach Arand) was the first to respond," explained Sergeant Williams of the National Guard. "There are three sets of uniforms in Illinois, but this was the first time this set was used in a game."

Williams was waiting at the end, because he would still have to pick up all of the jers...