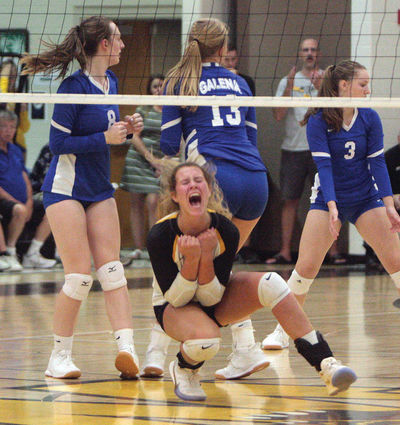 The Lena-Winslow Lady Panthers finally exercised their demons from last year as they took down the Galena Pirates to take command of the NUIC West conference race.

It was only a conference game, and there is a lot of season yet to be played. And while it does put the Lena-Winslow Panthers in the driver's seat for the NUIC West title, few people remember who won the conference. It's the post season that is far more important.

But while all of that may be consolation to the Galena Pirates, for the Lady Panthers, it was a monumental win as they finally exercised the demons who had haunted them ever since the Sectional championship match last season.

"The only time we beat them was at Chicago Latin, and Morgan Wills wasn't playing," said Jenna Bidlingma...