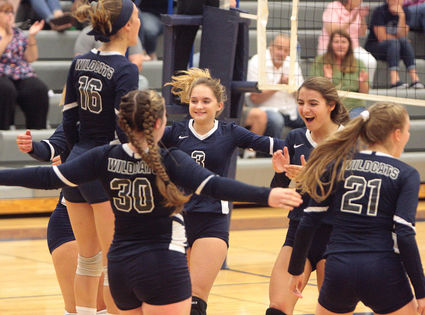 In their first meeting earlier this season the Pearl City Wolves blew past River Ridge without breaking much of a sweat. So when they met up Wednesday for their conference battle, it wasn't too big of a surprise that several of the Pearl City front line starters were on the bench.

"I wanted to give some other people playing time," said head coach Jane West.

The first game proved to be quite competitive, with neither team pulling away, but the Wolves were able to squeak out the 25-23 win.

So when the front line starters walked out onto the floor for game two, nobody expected it to be clos...