Houston, She Is A Problem 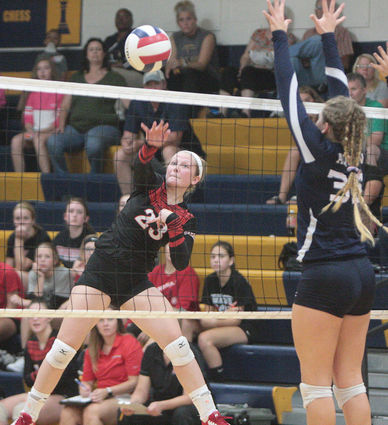 If you ran into Forreston senior outside hitter, Alexus Houston on the street, you would be convinced she was a popular girl who probably was in the running for prom queen. But her 5'7" frame would never lead you to believe that she was a pure beast on the volleyball court.

Houston had "one of those nights" against Aquin in Freeport Tuesday night as the senior dominated the match in racking up 18 kills in just two games to lead the Cardinals to the 26-24, 25-20 victory.

In both games, Aquin jumped out to the early lead, and appeared to be in control as they attacked Forreston from a varie...