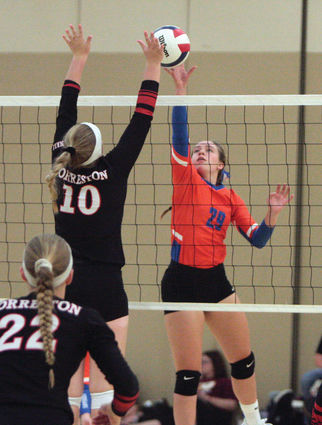 Dani Rush of Eastland looks to make a tip against Forreston.

The Dakota Indians were hoping to get a lot of games in at the Oregon Tournament in order to find out what they needed to work on according to head coach Kim Toelke. But when the dust had settled on the day, the team that was only looking for areas to improve in had knocked out all comers in claiming the championship with a sweep over Oregon in the finals.