Hit The Ball Damn It 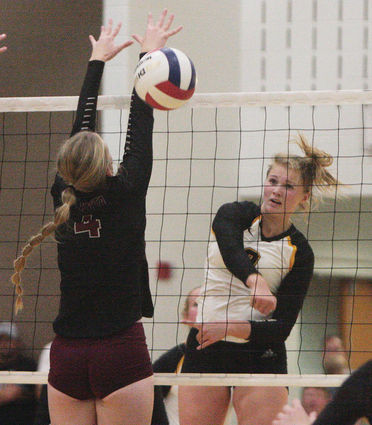 When Lena-Winslow went to their quick kill attack, Dakota had no answer.

The non-conference volleyball battle between Lena-Winslow and Dakota had just about everything in it with the exception of a third game. But while Dakota was wailing away with Tabytha Toelke, Kaylyn Field, Raven Knox and freshman sensation Abi Schlueter, the Panthers seemed content to tip the ball more than pound it to the floor.