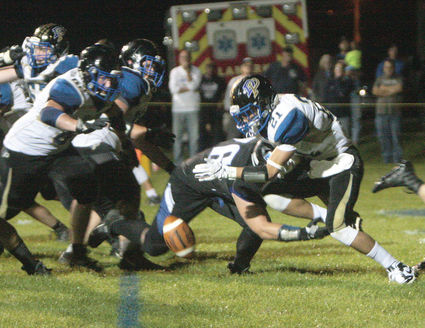 So where do you start?

Do we highlight the final two point conversion run that came up short in EPC's 36-34 loss to Du/Pec last Friday? Or do we comment on the officials who proved to be human as they had a bad ... no, a really bad night? Or do we talk about the moronic Rivermen fans who proved to all within earshot why they won't win any sportsmanship awards?

No, I think we'll begin with a premature celebration by the Rivermen as they were deep in EPC territory, holding a 28-22 lead later in the game. With a kicker on the roster, all they needed was a chip shot field goal to put the win...