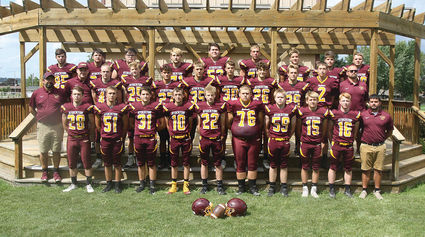 The Blackhawks maintained their tradition of making it into the post season playoffs last year behind the powerful running of senior Colin Dvorak.

The runingback was named All Conference for a reason as he was the biggest weapon in the Stockton arsenal - even though every single opponent knew he was going to get the ball most of the time.

Combined with a staunch defense - which is a Blackhawk trademark, and Stockton stumbled a bit early, but still finished 7-2 overall, but fell to Dakota in the first round of the 1A tournament.