Bigger Proved To Be Better 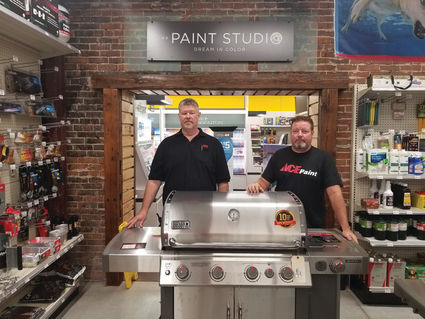 Owners, Mitch Kappes and Jim Nadig, stand in front of the Paint Room - which made up the entire store back in 2006.

Back in 2006, Mithc Kappes and Jim Nadig bought the Stockton True Value Hardware Store, and over the course of a few years they began to see where if they really wanted the store to grow into their vision – a major upgrade was going to be needed.

The switch was made to go from True Value to Ace, but that designation paled in comparison to what the two cooked up for the store that only had four employees at the time – the two owners, along with Jean Hill and Rosemary Basten.

Beginning in 2015, a massive expansion got underway – an expansion that created more than 5000 addition square...