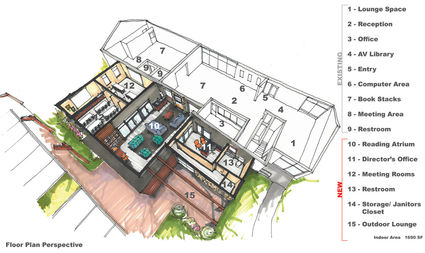 They are still in the middle of the rebidding process, and final bids are not due until August 12th, but word of the proposed expansion of the Lena Public Library is quickly sparking excitement throughout the community.

"We're hoping to break ground this fall," said Library Director Brittany Gaulgrapp. "Exactly when it would be finished I honestly don't know."

As part of their long-term building plan, the Library has been accumulating funds over the years and finally got to the point where they could begin to realize a goal of expansion.

The new addition would be built onto the back of t...