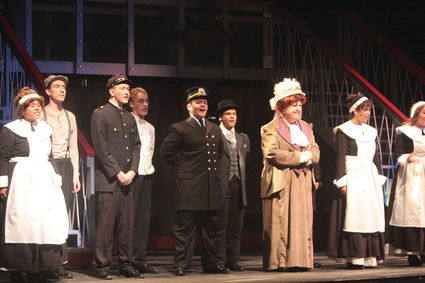 There are a couple of ways of looking at Highland College's Summerset 46 production of the musical 'Titanic.' On the one hand, it gathered some of the best talent from the region and challenged them with a difficult musical score, while also including an impressive technical side to the production. But on the other, the script itself didn't allow the show to maximize the talent on stage.

Let's start with the technical side, which was impressive.

Highland used a single set comprised of a raised platform with two staircases which they were able to alter into everything from the Bridge of th...